So Cal Fixed Crit Series debuted Feb 21st, 2016 in Huntington Beach hosted by OC Brakeless and Fixed Gear Beer Crew. #ComebackCrit is the first of 10 fixed gear races, where competitors can receive points that contribute to an overall standing at the end of the series. The winner of the series is crowned So Cal Fixed Crit Champion and will definitely have some bragging rights as this is #FUSAC official. #Fixie-USAC is the result of local fixed gear racers hosting their own races by creating their own race organization that rivals USAC sanctioned racing. Huge kudos to everyone who helped create the So Cal Fixed Crit Series, I’m very excited as a rider to participate and look forward to the races to come.

Huge shoutout to Julio Boostamante, Vinh Tran, Gus Sarmiento, Julio Hernandez, Brian D, Jonathan Nunez, Melissa (GLK), Jon, and everyone who took the time to capture the event. I’ve included photos everyone posted on the Comeback Crit facebook page on the blog to better tell the story! Be sure to support Boostamante as he preps for the Aids Lifecycle Ride- Donate HERE .

I did my normal routine…ate a bagel and egg sandwich. Clean up a bit around the house and organize everything and loaded it into the car. Headed down to the race and got there 2 hours before start time. Once I got there, I got that good ol’ race day feeling. It’s really back. Its time for FIXIE ROYALE!!!  — Also search #ComebackCrit for more coverage on Instagram.

Once I got to the race it was auto pilot from there. Had to do my rounds and say whats up to all the homies who came out. I finished prepping my bike and made sure to have my pre-race chill time and await the madness. Boostamante took some time to wassup to all the homies at the race too…check out his daps and pounds below!

Once the race started it was actually a relief. I had a new mindset going into this race than I did last year. I was super nervous and just couldn’t control myself lol I was just going stir crazy inside and I was just really scared of crashing. This time around I was much more calm…still excited but slightly more in control lol. I took a couple pulls at the front to open my legs and retreated back to the pack. The pace was high the whole race with attacks and breakaway attempts every lap. Everyone just wanted to push the pace and go guns blazing and I really enjoyed it. It helped keep the pack strung out. I started off in the back of the pack and slowly worked my way up the first couple of laps. I didn’t want to get stuck in the back and play catch up the whole time. Within the first 10 min I casually moved from the back of the pack to the front. I would then sit here and just find safe wheels to follow until the time dwindled down to 5 laps to go. I didn’t actually realize it was 5 laps to go because of my positioning when we passed the finish line. I thought I heard it but wasn’t sure so I decided to try and move up more right away just in case. Better safe than sorry. Once we came around for 4 laps to go I realized I made the right decision and positioned myself around 10-15th position. I sat here until 3 laps to go and BOOM Angel and Alvin take off. They came on my inside and zoomed with Dante, Willo, Cesar, and luckily I was able to jump onto Cesar’s wheel and we were off! The Leader  leadout train was full gas and they meant business. Angel took a really strong pull to immediately string out the field and Alvin wouldn’t let them bring it back together. Once we hit 1 lap to go It was Angel-Alvin-Dante-Willo-Cesar-Me. I don’t remember exactly who, I think it was a Zero Miedo guy who was fighting hard to keep Cesar’s wheel. I moved up on Cesar’s side and just shut out his teammate on the turn, because I knew I had to keep the wheel and me having the inside line was a better position since we were making a right turn. Angel pulls off after turn 1, Alvin is drilling it towards the final turn on last lap and we come to the last turn and next thing I know… WHOOSH!! LIKE LITERALLY A GUST OF AIR—WHOOOOOSHHHH!!! Martucci comes on my inside like a bat out of hell FLYING! It really didn’t make any sense to me how he accelerated so fast but basically he came on my inside on the final turn and we all hit the sprint and they were just gone. I tried to dig deep and give it my all but I feel like I started my sprint a little too late. I ended up getting nipped at the line by Neu York and I couldn’t get around Cesar. I finished 8th. I kept waiting and waiting until someone else took control of the race and followed that. I feel like that was the critical mistake I made this past race. If I had decided to go before Martucci…maybe I might have had a stronger finish? Or I mightve died out and not even finished in top 10 for points? Either way it was a crazy race and fun none the less. I’m very excited for the rest of season and felt very privileged to race alongside one of Italy’s finest. It was also a privlege to race with this awesome community of racers we have here in Los Angeles. It makes me so proud to call this city my home because so many of us are dedicated to making it better. Maybe not directly, but by making yourself better, you’re naturally going to uplift those around you whether its your teammates, neighbors, or friends. Just keep it positive and keep those pedals pushing.

Next race of the So Cal Fixed Crit series is the Heritage Grand Prix 2! See you there! 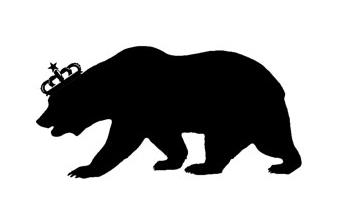